CREATIVE WRITING WORKSHOPS FOR SCHOOLS AND ORGANIZATIONS
"A WRITING LAB IS NOT A GREAT EXPERIENCE FOR WRITERS. IT'S A NECESSARY EXPERIENCE
IN THE CLASSROOM FOR CREATIVE WRITERS!"

“It is proven that illiteracy is a "mechanism of social control and oppression," and it "keeps people trapped in a cycle of poverty, subjugation, limiting life choices and making it difficult to achieve social mobility." (McKinsey & Company).”

​​Because of statistics like this one, we partner with high schools, youth organizations and alternative learning environments to design and implement rigorous, engaging and interactive reading and writing workshops that boosts the reading, writing, social, cultural and creative literacy in teens.

We recognize and promote the importance of reading and writing among teens, especially in high school English classrooms and alternative learning environments, and have developed LIT, our three core values, which serve as the foundation of our culture and our work. 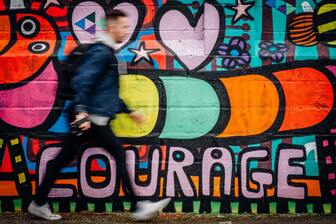 We have combined literary arts with education and literary citizenship to improve the reading, writing, social and cultural literacy in classrooms and alternative learning environments around the world!

When teens leave our workshops, they leave with a more vivid understanding of why reading diverse texts is important, how writing liberates their imagination to write for any occasion, how to effectively question why texts are written the way they are, how to make personal and global connections to what they read, and how to become better critical thinkers.

More importantly, they will have the courage to use their writing as a passport to be bold, to be beautiful and to be themselves, just like the man below discovered.
TYLER PERRY 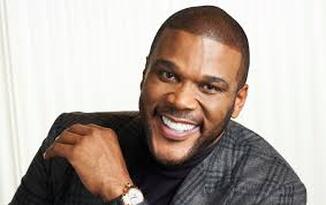 In 2011, Forbes magazine listed American actor, director, producer and screenwriter, Tyler Perry, as "the highest-paid man in entertainment, earning US$130 million between May 2010 and May 2011."

Perry was slow-going to get there though. At home, he was beaten often by his father (who, he later learned through DNA testing, was not his biological father), he attempted suicide, was molested by a friend's mother and three men by the age of 10, and he never graduated high school. He earned his GED.

He found solace and refuge at church though, where his mother took him weekly. In his early 20s, Perry was watching an episode of The Oprah Winfrey Show, when he heard someone describe the therapeutic effects that writing can have to help the writer work out his or her own problems. That moment inspired Perry to forge a career in writing. He wrote a series of letters to himself, which became the basis for the musical I Know I've Been Changed and used his experiences in church to create one of the most recognizable women on television and in film, Madea.

Like Perry, writing can equip teens with the tools to change the trajectory of their lives with the stroke of a pen. They will quickly realize the viable career options that exist within the writing industry. They can be professional poets, rappers, novelists, screenwriters, content writers, bloggers, technical writers, grant writers and more! They just need creativity, drive and a chance!