Your stories. In writing. Forever. We make sure.
Donate
THE LITERARY ACTIVIST 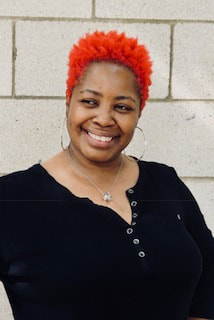 Born and raised in Louisiana, millener understands the historical and cultural impact that literacy can have on teens. She grew up with books as her refuge, writing as her release and a mom-librarian who consistently read to her and with her about that history, her history and our history!

To keep her momentum going as a writer, in 1999, delmetria founded words of wisdom writers society, a nonprofit discussion and critique group for adults. Ten years later, she founded Hearts for the Arts, Inc., an organization that taught young writers the business of being a writer. delmetria felt that more than any other demographic, teen writers were missing from bookshelves in schools, and in libraries and bookstores. Wanting to reach more teens and expose them to the power of writing, vocabulary and language, delmetria began teaching high school English in 2012, teaching AP/IB Literature, Language and Composition.

Now, as an international English Language, English Literature, Research and Creative Writing teacher, millener recognizes that teens have become disconnected from the generational pride that reading, writing, social and cultural literacy once fostered. Teens are escaping the powerful inheritances of movements like the Harlem Renaissance, MEChA and the Native American Renaissance, that allowed communities to gain control over the representation of their culture through art, music and literacy.

This disconnection is not without consequence. Over the last 60 years, there has been a systemic decline in literacy, and teens are leading the statistics. This decline in literacy threatens our cultural, professional and social positions. As a solution, through #TeenWritersProject, delmetria intends to take a practical approach to alleviating the problem by using reading and writing to reconnect teens to social, cultural and creative literacy. We want to give them back the responsibility of storytelling that they are obligated to write!
EXECUTIVE BOARD 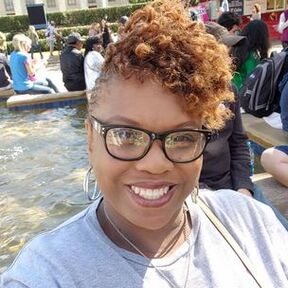 Shankrelyn Combs-Walker, Accounts Manager/Treasurer. Known for initiating and building key relationships, Shank is excellent as a liaison between clients, funders, partners, parents, teens, board members and salesmen. Once she establishes a relationship, she is able to nurture and retain those relationships until they become partnerships, at all levels, from introduction to deal closing. Shank meticulously manages our accounts and guards our spending with firm finesse, and her ability to effectively relay information and ensure understanding is the blueprint of our best business practices and a technique that she masters.

As a healthcare coding professional for more than 15 years, Shank specializes in being accurate, meticulous and efficient. Her administrative skills are top-notch and she has a knack for generating easy-to-understand reports and presentations that saves time and the bottom line. Shank often makes recommendations to improve policies and procedures and policies, and she often trains medical staff to read and process codes. Her professionalism and expert-level knowledge led her to becoming an adjunct instructor of medical ethics and law for medical professionals.

But, of all the professional hats she wears, Shank's favorite glitz and glamour fun task to take on is as a Scentsy Consultant making homes and offices smell fabulous! 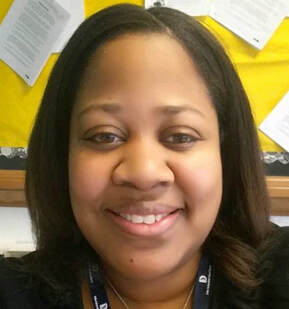 Jacqueline Jefferson-Bailey, Director of Education. Jacqueline is a high school counselor who is passionate about the academic, social and emotional development of the students she serves. As a proud graduate of Grambling State and Prairie View A&M universities, Jacqueline started her career in 2005 as a middle school English teacher. Her passion for literacy in teens has consistently been evident in her professional movement. With only five years in she was recognized by her district as a Master teacher who led her students as a Yearbook Coordinator, Spelling Bee Coordinator, ELAR Department Chair and achieved 95 percent passing rates multiple years in a row. Now, as a counselor, she continues her work with teens that she inspires to become whomever they choose to become and not who they are told to become.

JaiQue, as she is affectionately called, loves to travel and does so at the first sign of a break in her professional routine or during holidays. She has traveled to 36 states and three countries and has no plans to stop until all 50 states have been visited and at least 10 countries have been explored. When she's not traveling, in her spare time, JaiQue likes to arrange travel plans for timid travelers. 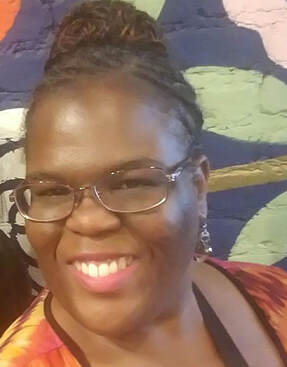 Shunta Spencer, Social Media Director. Spencer is a teacher of secondary Advanced Academics. She loves teaching and is passionate about motivating her students to find their voice. In her classroom, Shunta is patient and clear, and empowers her students to use language as a tool to analyze and communicate effectively. She has been a teacher since 2006 and moved quickly into Advanced Academics which gave her the freedom to teach her students content that would replicate the authors, communities and stories of which they are familiar.

Spencer is deeply involved in the advocacy of quality education for teens, so much so, that she became a consultant, coach and reader for National Math and Science Institute (NMSI) and College Board, respectively. In these roles, she offers checks and balances to make sure that there is representation for teachers and students in these high-stakes areas, and that quality literature in all genres and cultures is accessible to students.

While Spencer is being Wonder Woman for her students, her favorite cape to put on is that of Mom Superhero to her active son. (Translation: driver, fan, financier, cook, tutor, etc.) 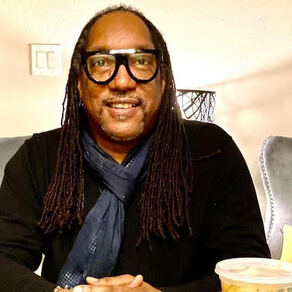 Kevin Walker, Director of Marketing. Kevin Walker has over 20 years of experience in the marketing and advertising industry. He has worked on major brands like McDonald’s, AT&T, Coca-Cola Classic, Tyson Foods, and Nokia. For the last 2 years, he served as Multicultural Strategy Director with Team DDB on the U.S. Army recruitment campaign, but now serves as the Head of Consumer and Cultural Insights at CAA Brand Consulting.

In 2006, after noticing a knowledge gap developing for brands who wanted to connect to younger and diverse consumers, he formed his own consultancy called CultureLab. With CultureLab, he was able to bring awareness to the changing demographics among young consumers and the impact of digital media on their habits, and their ways of connecting. Kevin brings a passion for deeper  understanding of culture, and specifically the behavior of young diverse consumers.

If you want to know Kevin’s greatest personal passion, it is music! For the last 6 years he has co-hosted an event in Dallas called Bring Your Own Vinyl. The event brings multigenerational and multiethnic people together who are united around the love of vinyl records. 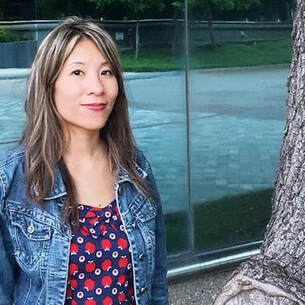 Stacey Megally, Board Member. Stacey is a writer, runner, and incurable bookworm. Her fiction, creative nonfiction, and editorial work has appeared in Wilderness House Literary Review, The Bookwoman, bookriot.com, The Dallas Morning News, Running Room Magazine, and on stage at the Oral Fixation live storytelling show. She is passionate about championing teen voices through writing and serves as the Dallas Literary Festival Young Writers Contest Editor. Stacey is represented by Wolf Literary Services.

Felicia Pinkney, Board Member. Felicia is a Texas-based, Louisiana-born writer, editor and marketing communications professional. She has a degree in journalism from Dillard University and previously worked as a copy editor and freelance writer at several daily newspapers, including The Times-Picayune; The Dallas Morning News; Arlington Morning News; and the Fort Worth Star-Telegram.

She is a U.S. Army veteran and currently works as a full-time freelancer. She volunteers her
time as a board member with several nonprofits and is president of the track and field booster club at her daughters’ high school. Felicia is an avid reader and especially enjoys suspense novels.
TEEN EDITORIAL BOARD
WRITERS ADVISORY BOARD
TEACHER ADVISORY BOARD
LIBRARIAN ADVISORY BOARD